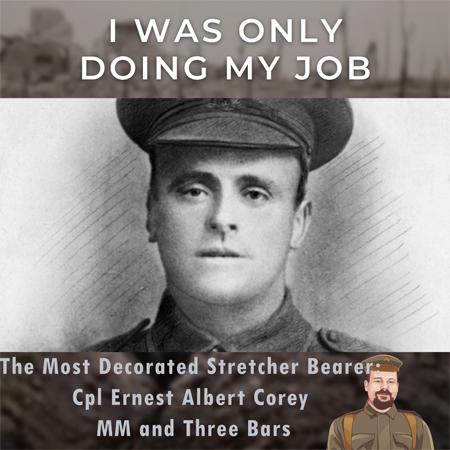 8-February-1917. While serving as a Stretcher Bearer as part of 55th Australian Infantry Battalion, Australian Imperial Force during the First World War. Corporal Ernest Albert “Ernie” Corey, was awarded an unprecedented four Military Medals, the third highest award for gallantry in the British System of Awards for his tireless and continual devotion to rescuing wounded soldiers during the war on the Western Front. Despite the claim of being the Highest Decorated Australian Soldier, Corey was a timid man who took great pride in the knowledge that he received four Military Medals for saving people and never fired a shot in anger.